Hi 👋🏼 and welcome to the first part on a series on culture hacking! Your first question might be, what exactly is culture hacking, and why should I care about it?

Culture hacking has its roots in the concept of system thinking, developed by the Systems Dynamic Group in 1956. The general idea is that a system will act differently when isolated from the system’s environment or other parts of the system.

In this analogy, the system is an organisation, and the organisation’s culture is like an operating system.

And while culture hacking may seem like the latest way businesses have attempted to improve company culture, the concept has been around a lot longer than Google Trend analyser, even if not under the name of culture hacking.

🧑🏻‍💻 So, what exactly is Culture Hacking?¶

Geert Hofstede a Dutch social psychologist and IBM employee proposed that culture is the software of our mind. Software that developed as we grew up and changed as we were exposed to new resources, communities and cultures.

Like any software, culture can also be hacked, influenced and changed when exposed to different stimuli and fundamentally that is what culture hacking is. Exposing people to new stimuli or appealing to their existing configuration to make changes.

So if we stick with idea that culture wether at an individual level, or organisational level is software, and the idea is that a system will act differently when isolated from the environment or other parts of the system, we can see how organisations can influence and change how we think, and how we can change organisations from the inside out.

But of course, it’s a lot easier said than done; some organisational culture is more challenging to change than others. 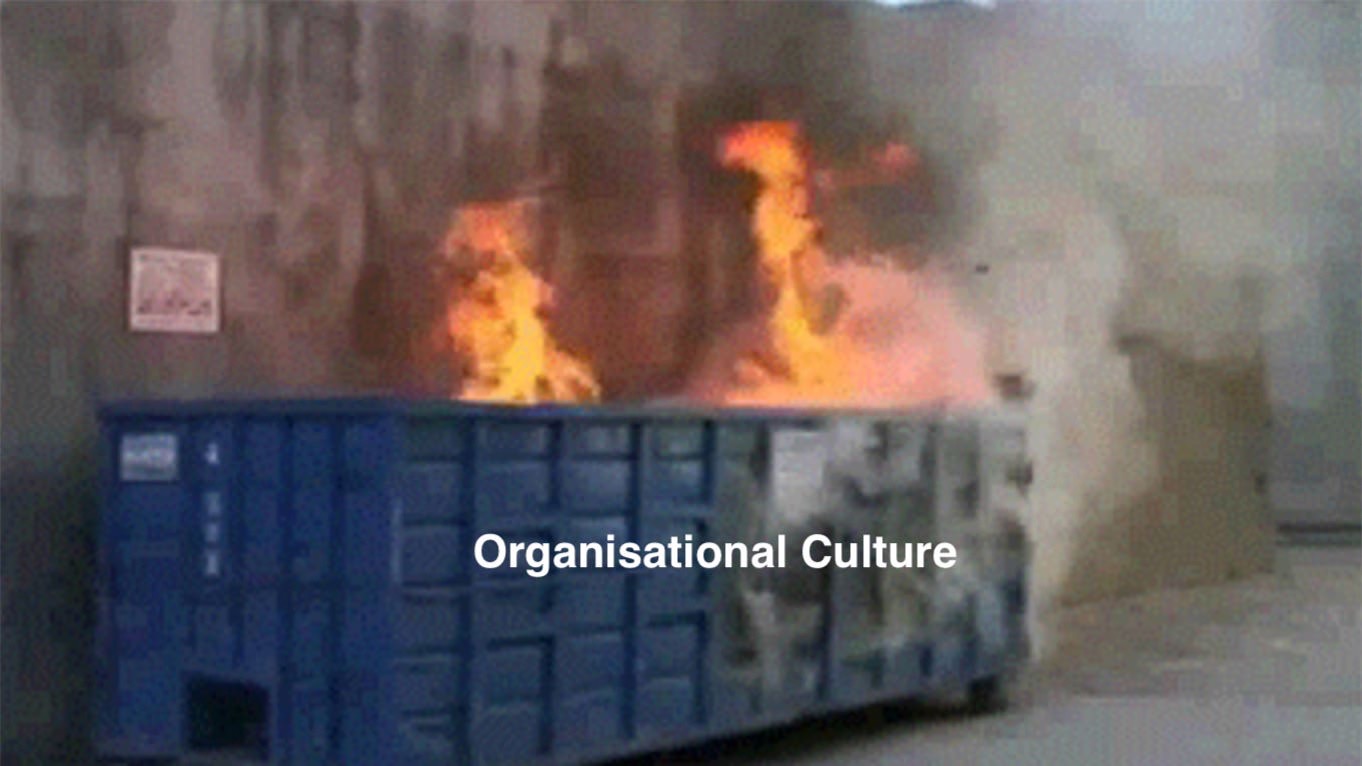 Culture hacking aims to exploit a single area of an organisation, where the culture is already susceptible to change. Much like regular hacking, you don’t try and hack the strongest part of the organisation because you’re likely to come up against more resistance.

But hacking culture isn’t the same as hacking computers. You can’t just cycle through the options until you get the flag – with each change you make no matter how big or small there are other changes further up and down the line that will influence and shape what your next option is.

So you can’t just restore your last save if you decide the outcome of a particular choice wasn’t quite what you were after.

You might also be thinking that the idea of hacking a person’s belief system is a little gross and intrusive - and you’re right if the wrong person drives a culture hacking initiative the outcome can result in a more toxic workplace.

So as part of a good culture hacking problem, you should borrow the following considerations from system thinking when making decisions about how you want to change the culture of your business:

So while culture hackers traditionally came from the world of activism, fashion and art, shaping the way we see the world. Organisations have co-opted this idea to try to make themselves less business-like, renaming HR to “Human Capital”, “People Operations” or “People and Change” they are trying to sell you their cool organisational culture. It might involve beer on tap and ping pong tables, at least when we had offices.

Satisfying Clause 4: Context of the Organisation   A Review of Practice Cloud Security or the First Book I Finished this Year
Contents